"As an Associate of Amazon I earn from qualifying purchases made from links in this post."

Though Timberland boots are popular among gangs, it isn’t because they’re worn by gangsters. Rappers wear Timberlands because they can withstand the weather, they keep their feet warm, and they’re stylish enough to wear on stage or in a music video.

The popularity of Timberland shoes is not just limited to hip hop celebrities but also to the common man who has observed the brand to be one of the best footwear in town. Many people have started buying Timberland boots which are not only trendy but also long-lasting and comfortable.

What Timberlands Do Rappers Wear?

Rappers traditionally wear 6″ “Timbs”. The company lists them in its inventory as style #10061. They started as rural workbooks for construction workers, but they became famous in New York City in the early 1990s when they became popular amongst NYC hustlers who were often on their feet all day.

This bled into rap culture, and rappers began wearing the style #10061 to cement their legacy as real hustlers who had to keep their feet warm and dry even during a brutal New York winter. 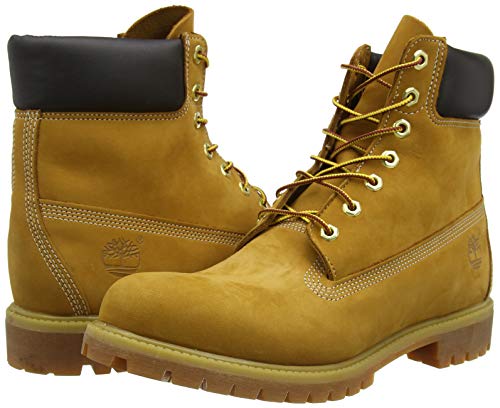 While originally chosen for their sturdy construction and reliable waterproofing, 6″ Timbs in the #10061 style became a cultural mainstay in the rap game because of their relation to NYC hustle culture.

Why Do Rappers Wear Timberland Boots?

Rappers wear Timberlands because of their ties to the New York City drug dealer culture in the early ’90s. Gangsters started wearing the workboots when they would stand for long periods on street corners.

Timberlands became popular because they kept people’s feet warm and were sturdy and waterproof enough to deal with walking outside through a cold, snowy New York winter. Rappers who grew up around the drug culture began wearing Timberlands in their music videos as a way to pay homage to their roots.

The shoes then took on the cultural importance of their own and rappers all over the United States began wearing “Timbs” as a way to show that they were authentic members of the gangster-rap community.

What Rapper Made Timberlands Popular?

You can’t point to a single Rapper for making Timberlands popular, but two prominent figures are Nas and Biggie Smalls. Both rappers popularized Timberlands in the New York hip scene during the 1990s, wearing them often and even including references to them in their songs.

Why Do Gangsters Wear Timberlands?

Timberlands became important in New York City gangster culture in the early ’90s for purely pragmatic reasons. What was once seen as a rural work boot became popular with drug dealers and gangsters in the inner city because of their dependable craftsmanship and exceptional waterproofing process.

This meant Timberlands were a solid workboot for drug dealers who were often on their feet all day, even in a cold NYC winter.

This eventually bled into the rap game where artists would spend around or identify with their roots in the drug trade, using Timberlands as a way to represent their neighborhood or urban lifestyle even after they had left gangbanging behind.

What Timberlands Does NF Wear?

NF is known for wearing the classic Men’s Timberland Premium 6-Inch Waterproof Boots. He commonly styles these with ripped jeans (which he rips himself, according to his wife Bridgette Doremus) plus men’s long sleeve t-shirts and sweatshirts from H & M. 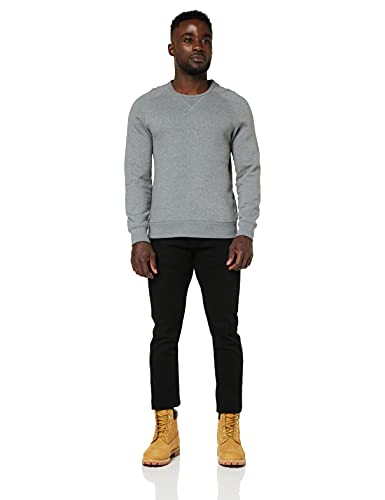 What Other Performers Wear Timberlands?

Timberlands can also be heard referenced in popular songs including, but not limited to, Notorious B.I.G’s Hypnotize (“Timbs for my hooligans in Brooklyn”), Suicidal Thoughts (“Dressed in white, I like black Timbs and black hoodies”), and Drake’s The Motion (“In my leather and my Timbs like it’s 1998”)

In summary, Timberlands are the best shoes for rappers because they are comfortable to wear and provide a sense of style. Timberland shoes are popular among different people for different reasons but for rappers, it is their style that makes them special.

Timberland boots give you the right kind of look if you want to make a statement. With their durability, Timberlands are suitable for any occasion whether you’re chilling with your friends or going on a date with your girlfriend.

You may also be interested in… Can You Wear Timberlands To A Nightclub? and Do Timberlands Need Waterproof Spray?