There are a number of different types of shoes for running, and each is utilized for a specific purpose. For instance, spikes are steel studs that are attached to the bottom of track shoes. Track shoes with spikes are used for sprinting and racing over short distances.

Spikes help the runner to achieve faster speeds because the spikes dig into the surface, providing traction for the runner’s feet.

The same concept applies to other types of shoes with spikes.

A pair of cricket spikes are used by cricketers when they bat or field. And spiked golf shoes are designed so that a golfer can get better traction when on a green or tee box, thus improving their game. If you’re wearing one of these types of shoes with spikes, you might be wondering if you can use them without their spikes.

Can You Use Spike Shoes Without Spikes?

Spikes are attached to shoes to give athletes a better grip on the playing field, court, or track. Some spikes are removable, but others are permanently attached.

It isn’t recommended to use spike shoes without the spikes inserted, because the open holes in the shoes can cause tripping, and the holes can become damaged, so the spikes can no longer be inserted.

Instead of running in spike shoes with the spikes screwed out and the holes empty, consider using blanks, which are blunt spikes that sit nearly flush to the bottom of the shoe. With blanks inserted, you eliminate any dangers to yourself or your shoe that may be present with open holes in the bottom of the shoe.

Can You Take Spikes Off Your Shoes?

You can technically take spikes off of your shoes in the case that you need to clean them. However, you shouldn’t wear or run in your shoes with the spikes removed.

Taking Spikes Off of Shoes Properly

Removing spikes safely involves first wiping off dirt or mud with a wet rag, then using the key to twist them out.
If you do choose to remove your spikes, avoid wearing them like this without plugging the holes first. Doing so can cause the material to get lodged in the holes or mess up your traction while wearing them.

Can You Use Track Shoes Without Spikes?

Track shoes can be worn without spikes. While there are several options made for track races that don’t involve spikes. This includes the category of racing shoes called “flats”. They are generally best for distance races and other track events that don’t involve rapid changes in direction or powerful starts. 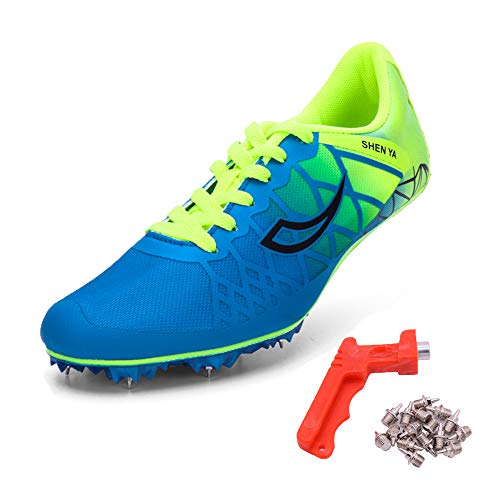 Athletes who are in a pinch can even wear track shoes that usually require spikes, but remove the literal spikes before a competition. Runners should be aware that this can damage the spike thread in the future, ultimately shortening the life of the shoe depending on the track surface and distance run.

Can You Wear Cricket Shoes Without Spikes?

While you can wear cricket shoes without spikes, many advise against doing so, especially if you are playing on a pitch with grass. You can use half spikes as a batsman since they are lighter, but for a bowler, you will want full spikes to give you a better grip and stability while playing.

Can You Remove Spikes From Cricket Shoes?

If you want to walk around between games and are nervous about ruining the floors, you can remove the spikes at any time. Just make sure you put them back before stepping back onto the turf.

Can You Wear Spiked Golf Shoes Without the Spikes?

Most spiked golf shoes have removable spikes, which allow you to replace them when worn out or take them off if you need to walk around without them. Without the spikes, the golf shoes are just like spikeless golf shoes, which you can wear wherever you want without worrying about ruining someone’s floors. 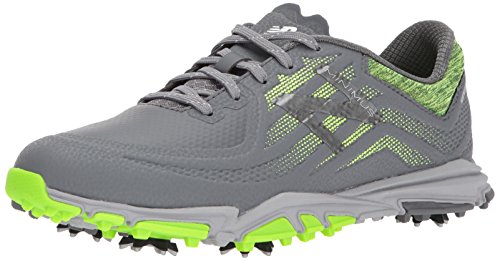 Are Spiked Golf Shoes Good for Everyday Use?

While you can remove the spikes and walk around like you have tennis shoes on, spiked golf shoes aren’t ideal for everyday use. If you want something more versatile, then you might want to invest in some spikeless golf shoes and same your spiked ones for the golf course.

In summary, you can use the shoes without spikes. Just make sure that the shoe doesn’t have a specific mold for the spikes. Also, be aware that you will slip if you are used to wearing your spikes in everyday life.

You may also be interested in… What Are Puma Shoes Good For? and Is Karrimor a Good Brand for Running?