You might be surprised to learn that most climbing shoes can be resoled, sometimes more than once. In fact, there are a number of advantages to keeping your shoes around for a while.

So why not just go out and buy a new pair of climbing shoes? Because resoling climbing shoes is not only possible but it’s also pretty inexpensive. Resoling your climbing shoes is much more cost-effective than buying a new pair, especially if you plan on continuing to climb for a long period of time. Climbing shoes can be resoled multiple times before hitting the garbage bin.

How Often Do You Resole Climbing Shoes?

You should resole your climbing shoes every three to nine months if you are using them at least once or twice a week. They will last longer the less often you climb. You will know that it is time to resole when the sole has worn away around the toes.

Most often the exposure of the rand, or the rubber covering over the top of the foot and toes, is a good sign that it is time to resole. You do not want to wait too long to resole lest you permanently damage the shoe.

What Climbing Shoes Can Be Resoled?

Climbing shoes with rubber soles can be relatively easily resolved by a professional. Doing so replaces only the rubber layer over the rand, which can add significant life to your shoes. Additionally, resoling your shoes saves you money, as you won’t have to buy new climbing shoes as often, and saves on waste, which can be better for the environment. 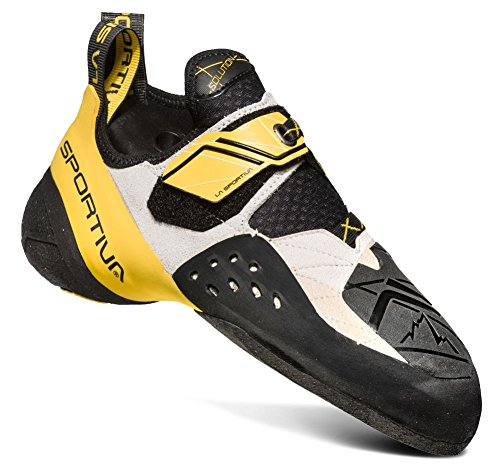 When your climbing shoes are too worn, however, resoling them won’t help. This is especially true if you’ve worn down the rand, which is not as resilient as the soles; no amount of sole is going to solve holes worn into the shoes. It can also lead to a lack of control, which can be an issue for more advanced climbers.

How Many Times Can Climbing Shoes Be Resoled?

The number of times you can resole your climbing shoes depends on the type of shoes and the level of wear. Generally, though, expect to be able to resole at least 3 times.

Stiffer shoes are less likely to tolerate multiple resoles than are less stiff shoes; this is because it is more difficult to maintain their shape when resoling.

When to Resole Climbing Shoes?

You should resole your climbing shoes when the sole has worn down and the rand is exposed. This usually occurs first around the toes and resoling should take place before the rand starts to wear through or else, you’ll have to repair or replace the rand as well.

If you are an avid climber who uses their climbing shoes at least once or twice per week, then you will probably need to resole your climbing shoes within three to nine months of initial use. Failing to resole at the right time could lead to permanent shoe damage.

How Much Does It Cost to Resole Climbing Shoes?

It usually costs between $30 and $40 to resole a pair of climbing shoes. Typically, the resoling service offered is a half resole which replaces half of the sole forward of the midsole. If you need to ship your climbing shoes to get resoled, then there is an added cost of $10 to $15.

Even if you are looking at a maximum cost of around $60 to resole your climbing shoes, it is well worth the price considering a brand new pair of climbing shoes may run you well over $100.

How Long Does It Take to Resole Climbing Shoes?

Resoling your climbing shoes can take anywhere from 2 to 8 weeks depending on how much work your shoes need and what time of year you are sending them for resoling. The spring tends to be a busier time for resolers, so turnaround times may be longer. It’s best to send your shoes for resoling when you don’t need them.

Is Resoling Worth It?

Can You Resole Climbing Shoes with a Hole?

If your climbing shoes have a hole in the sole, you can absolutely resole them. In fact, many climbing shoes can be resolved multiple times before they are considered beyond repair. The easiest thing to do is to find a climbing shoe repair shop to resole your shoe for you.

If you have a hole in the actual fabric of the shoe, resoling it obviously won’t fix that, but it’s not like a shoe repair expert would refuse to resole the shoe due to a hole that you could get fixed after the fact.

When Is It Too Late to Resole Climbing Shoes?

It is too late to resole our climbing shoes if there’s no sole left in some areas so that there is structural damage to the shoe. If you start climbing with the rand, you should stop using the shoes until resoling them to avoid any damage.

When to Resole and When to Get New Shoes

In most instances, you will want to resole your climbing shoes because it is cheaper than buying new shoes, but if the top part of your shoes is cracking or drying out, then resole isn’t going to fit your shoes, and it’s better to get new ones.

In summary, some people find that they can get a lot of resoles out of their shoe and others find that they need to replace the shoe long before they get to the resoling stage. So, the number will depend on your shoe, your climbing style, and your foot shape.

The general rule of thumb is that if you are getting holes in your shoes then you should consider resoling them. If you start to feel pain from wearing your shoes or if your feet start to get sore from wearing them, then it’s also time to resole them.

One way to tell if you should go ahead and resole your climbing shoes is by seeing if there are obvious signs of wear and tear such as chunks being removed from the sole. If any part of the sole has come loose from the rest of the sole then it could also be time for new shoes.