Jelly shoes, or jellies as they are commonly called, have been a popular and affordable shoe fad for years. The shoes are made of soft, flexible material that are typically no more than a 1/4 inch thick.

The unique design of the shoe makes them extremely comfortable to wear and has caused them to become one of the most popular types of footwear among young people in recent years.

Over the past few years, there have been reports of certain jelly shoe manufacturers in China that have used toxic chemicals to produce these shoes. This is supposedly done so that the shoes will appear clear and shiny when they are completely dry.

Some reports indicate that these toxic chemicals can cause damage to the skin and even specifically target children due to their smaller foot size.

Original jelly shoes and several brands still in existence today are made from PVC, which provides us with a water-friendly source of footwear but is not so good for the environment.

Additionally, people have raised concerns about the use of lead in jelly shoes and how potentially harmful that could be. Research has confirmed that this is not the case. 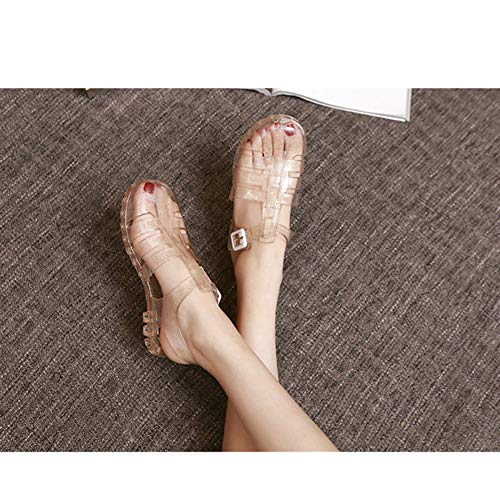 While jelly shoes had around 14.9 parts per million of lead, an array of other children’s toys and products have up to 100 million parts per million. Plus, we do not absorb lead through the skin – it has to be breathed in or ingested.

It’s not a good idea to let a young child chew on a jelly shoe, but in general, the shoes do not pose a health risk.

Why Are People Concerned About the Safety of Jelly Shoes?

The concern about the safety of jelly shoes is due to the fact that they are made from polyvinyl chloride (PVC), which contains phthalates. Phthalates make plastic more flexible, but there have been concerns over their safety for many years.

Despite this, they continue to be used in many products, including toys and footwear such as jelly shoes.

The main concern over phthalates is that they can cause reproductive issues, particularly in males. Studies have shown that high levels of phthalates can lead to birth defects in male babies. There is also some evidence that they can affect hormone levels in females and males alike.

Due to these concerns over the safety of jelly shoes, many manufacturers now claim that their shoes contain no phthalates at all. However, it is sometimes difficult to determine exactly what is in these products because the chemicals used to make them are often not disclosed on labels or packaging.

Here are some of the other main concerns:

Banned substances. Several countries have banned substances that go into making jelly shoes. In some cases, this is because they’re unsafe for human consumption. In other cases, it’s because they’re potentially harmful to children who might try to eat them. There are also bans because some of these substances aren’t biodegradable and end up polluting the water or soil when people throw away their shoes.

Irritation. Some brands of jelly shoes can cause irritation if you wear them for more than a few hours at a time. This isn’t a problem with every brand, but it’s something to look out for if you plan on wearing them regularly or if your feet tend to get irritated by footwear.

Jelly shoes do not contain lead. However, jelly shoes may test positive for trace amounts of lead. This is not due to lead being present in the material of the shoe, but rather, it is from walking in an area with a lead hazard which will be picked up as dust. This results in microscopic amounts that are not harmful.

Lead poisoning is incredibly dangerous, but thankfully, you will not experience this just from wearing jelly shoes.

This means that jelly shoes are no more dangerous than regular shoes, and will not negatively affect your health.

What Are Jelly Shoes Made Of?

Jelly shoes are made from a variety of different plastics, but the majority of the composition is polyvinyl chloride, also known as PVC. When the PVC hardens, it created a flexible jelly-like material that is semi-transparent.

The materials that make up jelly shoes allow them to stretch and retain their elasticity. This allows people who wear them feel comfortable while walking.

It is easily dyeable, hence jelly shoes are available in virtually every color under the sun and sometimes even have fun additions such as glitter. Most jelly shoes are flats or sandals.

Due to the nature of the plastic material, almost every jelly shoe on the market is made with various holes instead of being one solid piece of shoe.

Are Jelly Shoes Safe for Toddlers?

Jelly shoes are inexpensive, so they’re a good fit for kids. But some parents have discovered that jelly shoes contain several toxic ingredients. Some experts say that the shoes are safe for children to wear; others say there are better alternatives available.

Jelly shoes are cute and a staple for kids, but a viral video had parents frightened of them. This video showed a toddler with a pair of jelly shoes accompanied by bloody, blistered feet. This raised a lot of concern, leaving many to start warning of the dangers of jelly shoes.

Jellies are made of PVC plastic which can be very restricting if they are too tight. Also, if they are worn too long when new and moisture build up, they could cause harm to delicate feet like those of a young child.

Toddlers have sensitive feet and are always on the move, which is part of the reason why jelly shoes can be harmful. The hard, plastic material can cause blisters that bleed if left on for too long.

In addition, they are not meant to hold up when moisture comes into contact with feet, which could cause infections if there is a small open wound due to friction from the shoes. 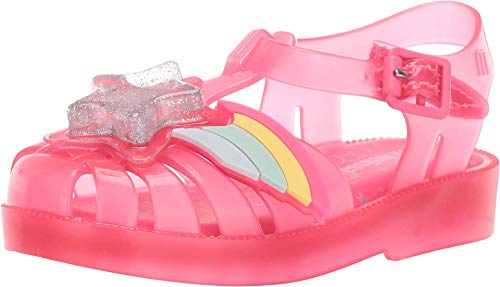 Another common concern among parents is that their children will slip and fall while wearing jelly shoes. Children do tend to be more unsteady on their feet than adults and many parents feel that a slippery, soft shoe is just an accident waiting to happen.

There are no statistics available to measure how much safer jelly shoes are than other types of footwear, but it is possible for one child to be more accident prone than another.

Does this mean you should ban your child from wearing jelly shoes? Not necessarily! While it may not make sense for kids who have very poor balance or who have a tendency to trip over their own feet to wear these shoes, there’s no reason why a child with healthy balance and coordination can’t safely wear them.

In summary, Jelly shoes have been a hit for some time now, but the allure of their comfort has been offset by concerns over safety and quality. Thankfully, many of these issues have been addressed, or are easily avoidable with a little awareness.

Jelly shoes have been a part of the kids shoe market for decades, and there has yet to be any conclusive research linking them to cancer or other health problems.

That said, if you see a rash after wearing just about anything for a long time it might be time to switch things up a bit. And as always, moderation is key!

You may also be interested in… What Footwear To Wear On Beach? (Shoes, Sandals, Water Shoes) and Do You Have to Paint Your Toenails to Wear Sandals?